The mobile accessory maker ITSKINS is working on cases and covers for the iPhone 6s duo. An image of the company’s upcoming case lineup suggests yet again that the iPhone 6s will have the same design as the model it is about to replace.

The renders of Apple iPhone 6s reveal the same camera setup as in the iPhone 6, with the sensor and the flash sitting in the top left corner at the device’s rear. The power/lock button will sit on the usual right side of the smartphone.

As reported earlier, the new iPhone 6s duo will be slightly thicker compared to the current iPhone 6 models. Therefore, iPhone 6s cases might not be compatible with iPhone 6 ones. . 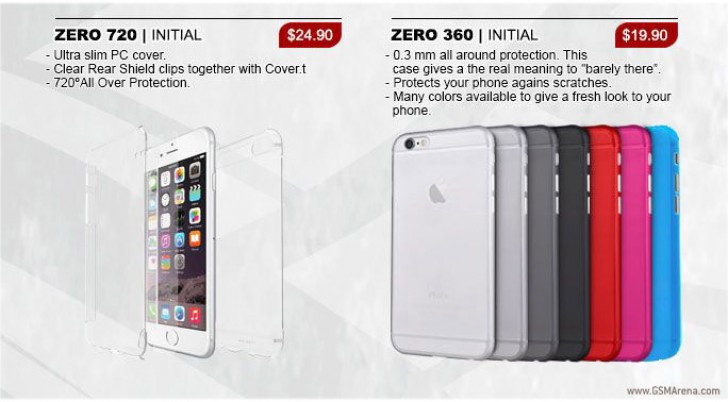 Rumored specs of the iPhone 6s include 2GB of RAM, 12MP rear camera with 4K video capture, and Cat. 6 LTE modem. The successors of iPhone 6 and iPhone 6 Plus are expected to make their official debut in September.